The Creation of the Universe 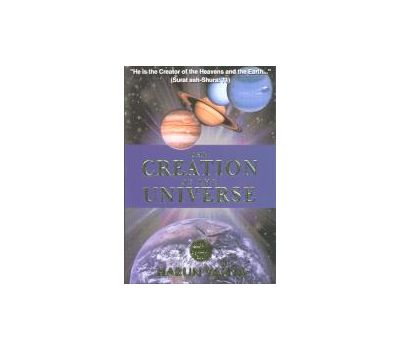 Ruling over the world of science in the 19th century, the materialist philosophy had proposed that the universe is an uncontrolled heap of matter that existed since infinite time. The discoveries made in the 20th century, however, entirely refuted this materialist claim.

Today, science has proven that the universe had a beginning, that is, it was created from nothing. With this beginning called the Big Bang, both matter and time were created from nothing. Moreover, all physical balances of the universe from the rate of the explosion (Big Bang), to the values of the four basic forces of physics, from the nuclear reactions in stars to the structure of atom, are tailored to support human life. The physical and chemical properties of atoms such as carbon and oxygen, or molecules such as water are ordered to make human life possible. Shortly put, there is no room for coincidence in the universe. The entire universe is created according to a certain purpose and in a glorious equilibrium, harmony and order.

This is the exalted and flawless creation of Allah, "the Lord of All the Worlds." Allah states this fact as follows in the Qur'an:

"Your Lord is Allah, Who created the heavens and the earth in six days and then settled Himself firmly on the Throne. He covers the day with the night and, each pursuing the other urgently; and the sun and moon and stars are subservient to His command. Both creation and command belong to Him. Blessed be Allah, the Lord of all the worlds." [Al-'Araf 7:54]