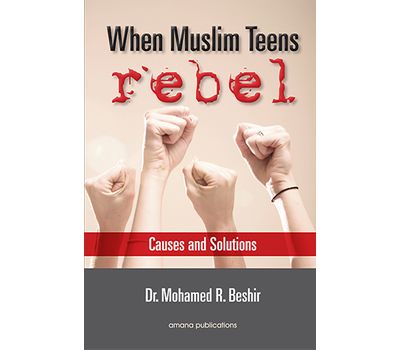 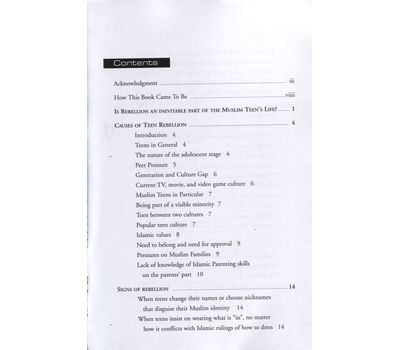 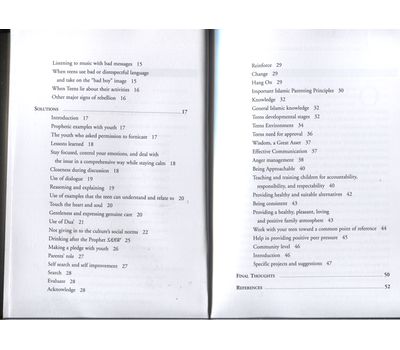 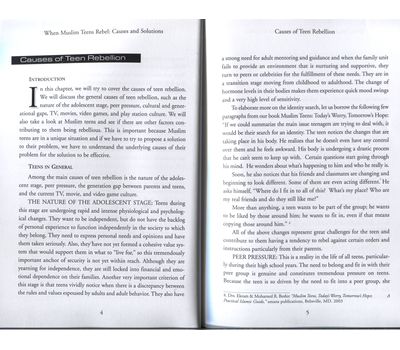 The objective of the book is to help parents save their teens from the negative impact of popular teen culture and succeed in raising them as strong, confident personalities who can contribute positively to their community and to the North American society at large. The book starts by explaining what is meant by rebellion, and discussing if it is inevitable in the life of a Muslim Teen. It then covers three basic ideas. The first idea deals with the causes of teen rebellion in general and additional factors that contribute to Muslim teen rebellion in particular. The second main idea covers the signs of this rebellion and how it manifests itself in the behavior of our teens. The third and most important part of the book deals with a comprehensive solution consisting of three components, the most significant of which is the Prophet's (pbuh) example in dealing with youth, then the role that parents can play complemented with the community's involvement. The proposed comprehensive solution cited in this book will be of great benefit to various communities in general and to Muslim teens and youth in particular.