The Cross and the Crescent: The Rise of American Evangelicalism and the Future of Muslims

Home/General/History and Biography/Early Modern and Modern Era/The Cross and the Crescent: The Rise of American Evangelicalism and the Future of Muslims
31 of 35 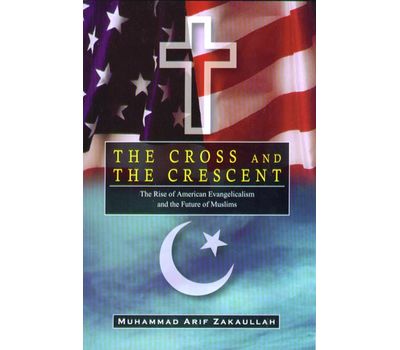 During the last 500 years, the West has experienced the rise of various ideologies. The Islamic civilization has generally failed to study, learn, and prepare appropriate responses to them. A case in point is the marriage of Mercantilism and Industrialization, that led to Colonialism, of which the Muslim world was a major victim. Now at the dawn of the new millennium the United States is coming under the influence of Christian Fundamentalism combined with globalization. As the forces of global Christian Fundamentalism are on the march, the Muslim world is looking increasingly vulnerable. The Cross and the Crescent is a pioneering study, filling a strategic intellectual void by initiating a Muslim tradition of the scientific study of the West. The book makes concrete suggestions for constructive dialogue towards mutual cooperation and peace.