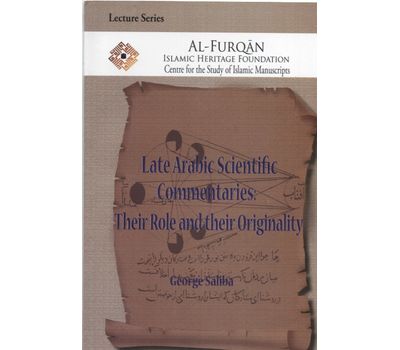 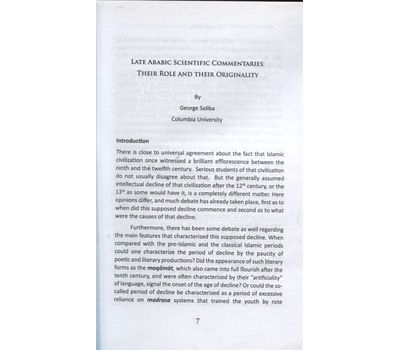 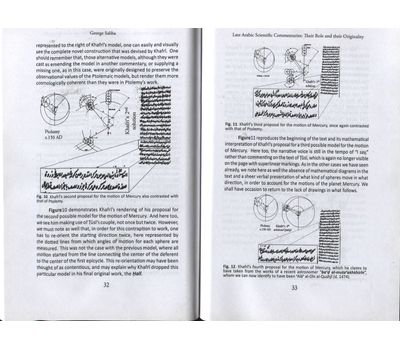 From the book: A lecture entitled "The Role and Originalilty of Late Arabic Scientific Commentaries"  took place on 4th April 2014 at fal-Furqan's headquarters in London and was delivered by the prominent  scholar George Saliba, Professor of Arabic and Islamic studies at Columbia University in the city of New York.

In this vibrant lecture Professor Saliba gave an insightful view on the scientific importance of the commentaries with a special focus on the field of astronomy produce between the 13th and the 16th century. Consider to be the Late Classical period of Islamic civilization, which has not received the scholarly attention it deserves.