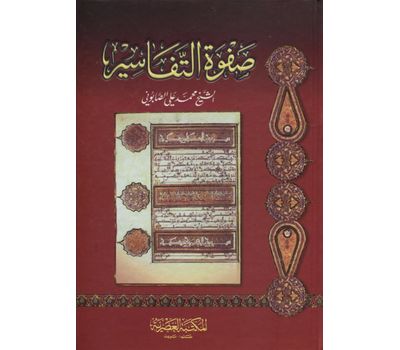 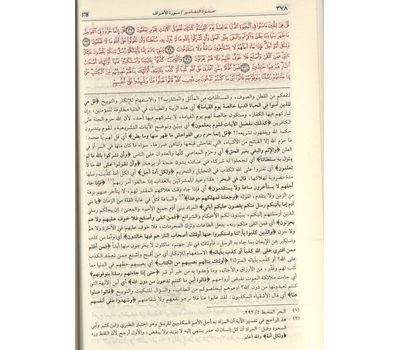 Shaykh al-Sabuni says about his Tafsir: "It is comprehensive, based on both narrated reports and rational argument, based on the most authentic well known tafasir such as al-Tabari, al-Kashshaf, Ibn Kathir, al-Bahr al-Muhit and Ruh al-Ma’ani. It is written in a simple style that is easy to understand, paying attention to literary style and linguistic form....I have called my book Safwat al-Tafasir (The Best of Tafasir) because it combines the best of the major detailed tafasir in a brief, organized and clear fashion."

“Throughout the centuries of Islamic authorship, the dominant approach to knowledge was to attempt to record, document and present everything that was narrated about a given topic. Yet, this has created a problem, especially in our era, namely that the beginner and intermediate level students are becoming confused when choosing the closest opinion to that which is correct, and…they find themselves lost in a dense forest of statements, opinions, and ideologies (madhāhib). Imam al-Sabuni has saved students of knowledge an incredible amount of time, and has taken them by the hand to the nectar of his lifetime of studies and the summary of several major books of Tafsir. Because of this, he warrants a debt of gratitude from the students of knowledge and those working in the field of Tafsir.”

IMAM MUḤAMMAD ʿALI AL-SABUNI is one of the leading scholars of Sunni Islam in the modern era. A specialist in the knowledge of Tafsir (Exegesis of the Holy Quran), he has authored one of the most widely accepted Tafsirs of the Qur’an entitled Safwat al-Tafasir (The Choicest Selections from the Books of Exegesis). Since its publication in 1978 and with more depth than the renowned Tafsīr al-Jalālayn, Ṣafwat al-tafāsīr has quickly become the celebrated tafsir for beginners. It is recommended in Islamic Seminaries worldwide as a reliable reference point to acquire the orthodox Sunni understanding of the Quran.
“The author has undergone immense effort in compiling and selecting the most reliable and soundest of opinions extracted from numerous books of Tafsir…. all in an exceptionally clear manner and with a novel and simple format.”

- SHAYKH ʿABDULLAH B. HUMAYD;
Former Chief Justice of Saudi Arabia and Imam of the Grand Mosque of Mecca