The Lights of Revelation and the Secrets of Interpretation: Hizb One of the Commentary on the Qur'an by al-Baydawi

Home/Qur'an & Tafseer/Tafseer/Classic/Classic Arabic/English/The Lights of Revelation and the Secrets of Interpretation: Hizb One of the Commentary on the Qur'an by al-Baydawi
76 of 77
Save
5% 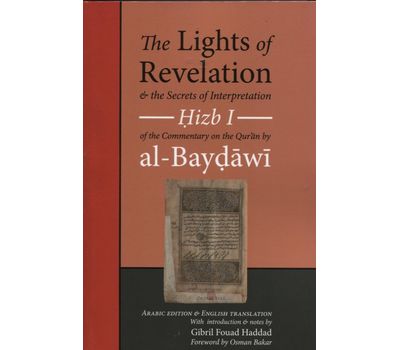 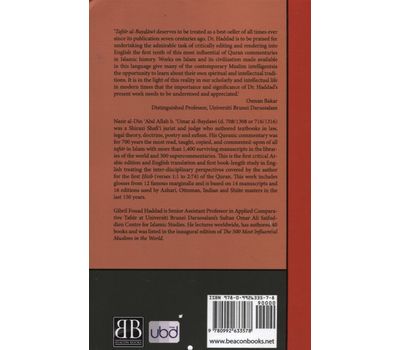 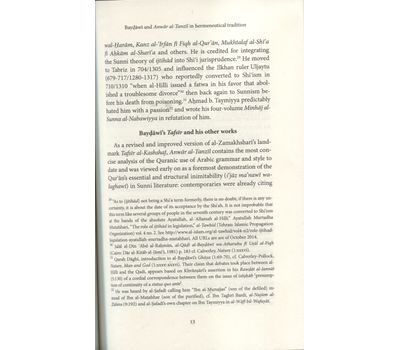 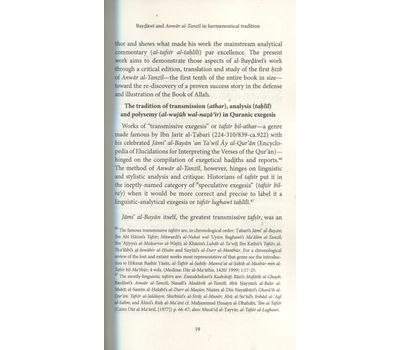 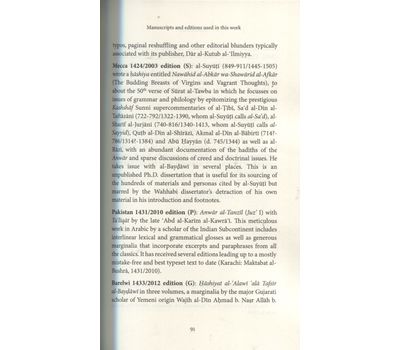 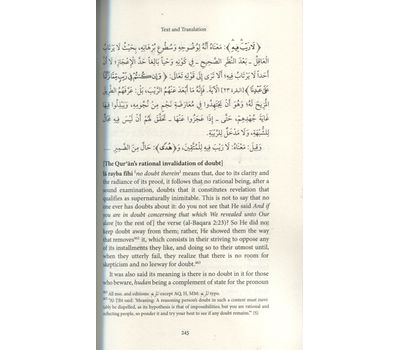 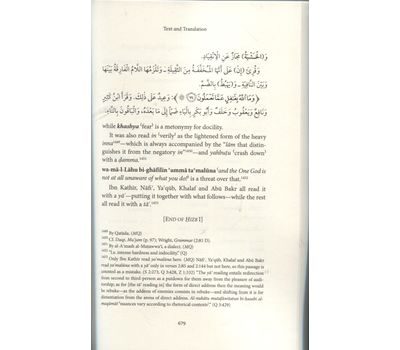 This single volume contains the Arabic edition, English translation and notes by Dr. Gibril Fouad Haddad of 'Abd Allah b. 'Umar b. Muhammad b. 'Ali al-Baydawi’s first juz of Anwar al-Tanzil wa-Asrar al-Ta'wil (The Lights of Revelation and the Secrets of Interpretation).

As a revised and improved version of al-Zamakhshari’s landmark Tafsir al-Kashshaf, Anwar al-Tanzil contains the most concise analysis of the Qur­'an­ic use of Arabic grammar and style to date and was viewed early on as a foremost demonstration of the Qur'an’s essential and structural inimitability (i'jaz ma'nawi wa-lughawi) in Sunni literature.

Anwar al-Tanzil is important and significant, because of its fame and influence. In Dr. Haddad’s own estimation, this work “became and remained for seven centuries the most studied of all Tafsirs,” and it is to be regarded as “the most important commentary on the Qur'an in the history of Islam.”

He was a Shafi'i scholar, judge an Qur'anic exegete. He wrote a number of other scholarly works in tenets of faith, jurisprudence and Arabic as well as history in Persian.

After serving as a judge in Shiraz, he moved to Tabriz, where he died in 685 AH.

His recent works include The Four Imams and Their Schools, Sunna Notes III: The Binding Proof of the Sunna (with Ibn Hajars' 50 page commentary on the hadith on Islam, Iman and Ihsan), and The Muhammadan Light in the Qur'an and Sunna and Companion Reports.

He currently resides in Brunei, Darrussalaam.