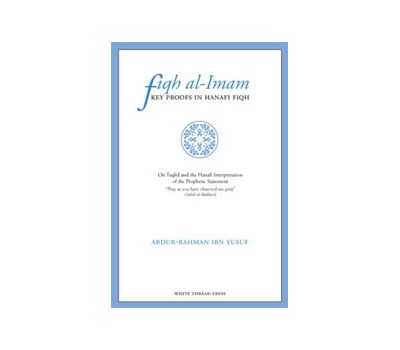 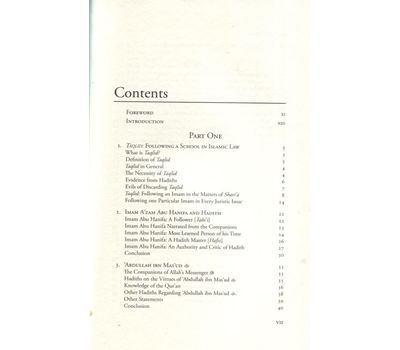 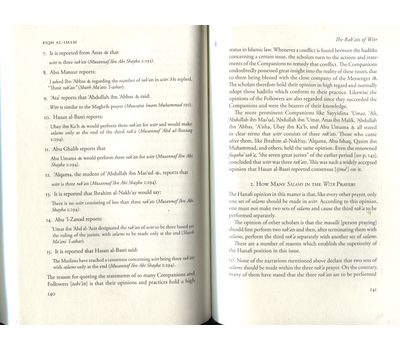 From the back cover:

In recent decades many attacks have been launched against the concept of taqlid [following a school of Islamic law]. Opposition has ranged from being mild with degrees of acceptance to malicious attacks. Certain extreme elements have gone so far as to brand those who follow a madhhab [school] as mushrik [polytheist]. Much of the opposition has been a result of misunderstanding the realities of this concept.

This first part of this book seeks to clarify certain aspects of taqlid that have been misunderstood and gravely distorted. It sheds light on the necessity of taqlid, its history, and its role in today’s world. The second part includes several chapters devoted to issues regarding salat [ritual prayer] according to the Hanafi school of law. Through illustrative examples and detailed discussions, the chapters on prayer sufficiently demonstrate the sophisticated legal philosophy employed by the Hanafi school (indeed all the madhhabs) in their derivation of legal rulings from the source texts of Islam.

All rulings have been supported with evidentiary proofs from the Qur’an and Hadith. The author delivers an even-handed presentation of arguments throughout the book. He intends neither to offend nor to perpetuate polemic disputes, but rather to state the facts in a lucid and rational style, with a view to appeal to the reader's sense of reason.