Notions That Must be Corrected 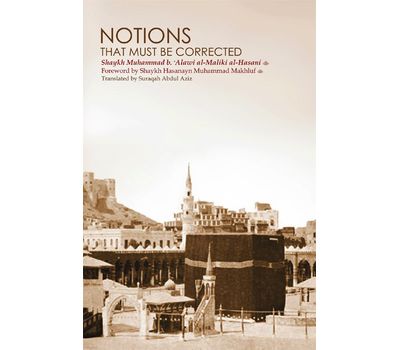 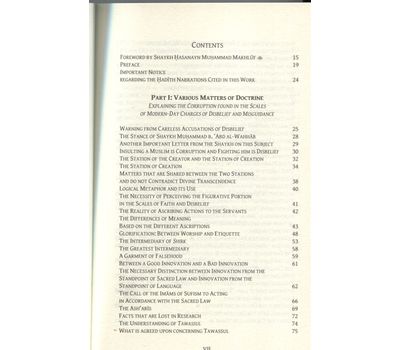 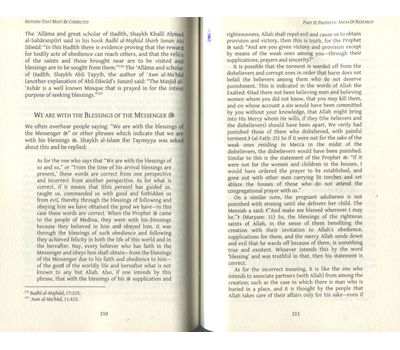 From the publisher: The book has been divided into three parts. The first is concerned with Islamic doctrine, including the criterion for imputing disbelief and misguidance to others, as well as concepts such as intermediation and intercession. The second section deals with issues relating to the Prophet (SAW), including his unique characteristics, the reality of Prophecy, the reality of humanity, and the correct understanding of seeking blessings from the Prophet, Sall-Allahu alayhi wa sallam, and his relics. The final part deals with miscellaneous subjects including the Isthmus life (barzakh), the legality of visiting the Prophet , and other related matters such as relics, sanctuaries, and festive religious occasions.

Scores of Islamic scholars hailing from all parts of the world wrote commendations for this work, while many more have taught from it, or written about it in their articles. The huge positive impact the book made in Islamic circles unfortunately led to hardship for the noble Shaykh in his home country due to misguided verdicts levelled against him. He was prevented from teaching in the Masjid al-Haram and his position at Umm al-Qurra’ University was also terminated. Numerous vicious personal attacks and baseless replies from those who opposed the methodology of Ahl al-Sunna were also published. In response to this, leading scholars throughout the world vehemently defended the noble Shaykh and wrote extensive and decisive refutations of his detractors.

'This book should be required reading for the Islamic world, and should be studied and taught to children because of the explicit truth, correct views and defence of Islam’s sanctities that it contains. This book clarifies the misguidance, lies, and false claims of the enemy, and certainly, Allah shall aid His righteous servants by aiding His religion.'

Albalagh Note: This book is born of the Sufi-Salafi encounters in Saudi Arabia. The author was a well respected scholar from there as was his father who was also an Imam of the Haram. Shaykh Maliki also studied in Pakistan under Allama Yusuf Binnori and Mufti Muhammad Shafi. In an unpublished foreword to the Arabic edition of this book, Mufti Taqi Usmani agreed with the need for a book on this topic and praised its general content. However he also pointed out two areas of problems in it. 1. There are some statements in the book (like in the discussion of Ilm Ghaib) that although true, are open to misinterpretation by those people who do have wrong notions about them. 2. Some statements are based on weak or unreliable reports (like the one dealing with the shadow of the Prophet). As he said, "The real attributes of the Prophet, Salla-Alalhu alayhi wa sallam, are aplenty and they are in no need of being added to with the help of weak reports."

The book's value lies in forcefully showing the errors of those who claim to be following the likes of Ibn Taymmiyah, Ibn Qayyim, and Ibn Abdul Wahhab, while violating even the teachings of these greats. Their quotes may surprise those who have not read them directly. Its discussion of Tawassul, visiting the grave of the Prophet, and many other issues like this is well founded. If the readers can ignore some of the excesses it has made in the other direction, then it will be a very valuable book for understanding the issues routinely raised by the zealous followers of Ibn Taymiyyah these days.