The Mukhtasar al-Quduri: A Manual of Islamic Law According to the Hanafi School

Home/Fiqh/Classic Books and their translations/commentaries/The Mukhtasar al-Quduri: A Manual of Islamic Law According to the Hanafi School
161 of 164
Save
19% 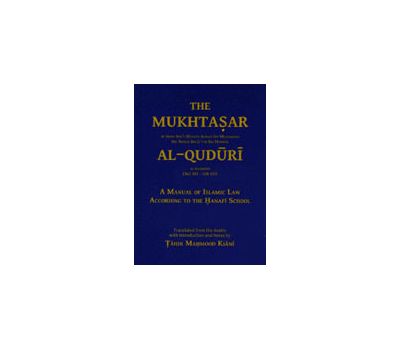 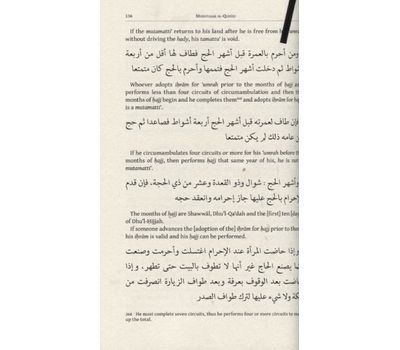 The author Mukhtasar al-Quduri, the Hanafi Jurist, Shaykh Abul-Husayn Ahmad ibn Muhammad ibn Ahmad ibn Ja’far ibn Hamdan al-Quduri, was born in Baghdad in 362 AH/973 CE and died on Sunday, 5th Rajab, 428 AH/1037 CE aged 66. He is considered an utterly truthful (sadiq) hadith narrator by Ibn Khallikan, al-Hafiz ibn Kathir, Ibn al-Jawzi and others, and was one of the ashab at tarjih ((jurists who weighed and analyzed the strengths of differing verdicts in the madhhab) in the Hanafi madhab.

The translator Tahir Mahmood Kinani is a graduate of Jamia al-Karam and the Internaitonal Isalmic University, Islamabad. He has written articles and lectured on various topics in Islam, a well as translating from Urdu and classical Arabic into English. He is currently Lecturer in Advanced Islamic Sciences at the al-Karam Institute for Islamic Sciences, Jamia al-Karam, Retford, UK.

(Endorsements of the translation)

Al-Mukhtasar, the jurisprudential treatise of Imam al-Quduri, has enjoyed far more popularity than any other text in the Hanafi school. It is the nucleus around which laws revolve, and the foundation upon which other texts, commentaries and summaries are based. For hundreds of years, Mukhtasar al-Quduri has been presented to the masses in many forms, such as lectures in Islamic institutions and study circles, as well as in publications. It covers thousands of issues, enveloping all aspects of life; from worship to politics, and from private life to the international scene. I am pleased with the manner in which Tahir Mahmood Kiani has undertaken the task of providing an English translation of this masterpiece. As former student and current lecturer at the institution of Jamia al-Karma, this work of his has brought about a sense of appreciation and honor to all those associated with the institution. I recommend this English translation of Mukhtasar al-Quduri to everyone, especially to the students and teachers of Hanafi jurisprudence.

… I was shown extracts of Mukhtasar al-Quduri by our brother Tahir Kiani. I looked through both extracts, those being the trasactions and also the introduction. I have found both of them not only lucid and easy to understand but also well written.

After further reading, I have found that this work has the capacity to be the most authoritative book on Hanafi Fiqh in English based upon the extracts that have been shown to me. It is my sincere prayer and hope in Allah that the author will be successful in completing and presenting this much needed work in the English language to give adherents to the Hanafi School an authoritative text to return to for rulings.…