The Language of The Friday Khutbah 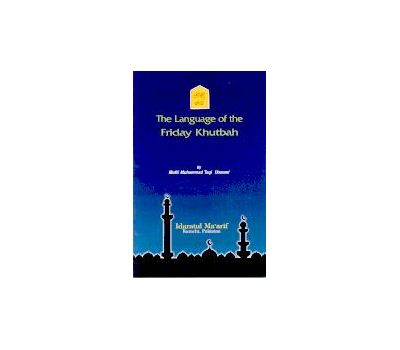 It was in the present century that the idea of delivering Jumuah Khutbah in languages other than Arabic emerged. While the trend is strong, the arguments for it are not.

The Jumuah Khutbah is not an ordinary lecture. It is an act of worship. Mufti Taqi Usmani advances six arguments why it must be delivered in Arabic only. He also explains why a local language lecture before the Khutbah is not a bid'ah. He quotes from authentic sources for the four schools of Islamic fiqh to demonstrate that they are unanimous on the subject.

This booklet is a must read for Muslims residing in the West where the non-Arabic Khutbah has become commonplace.