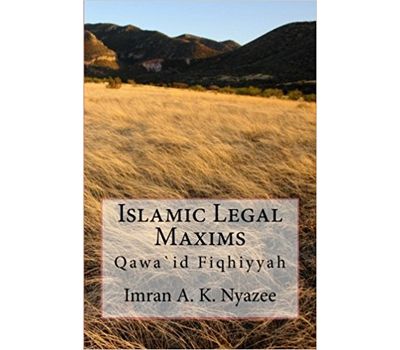 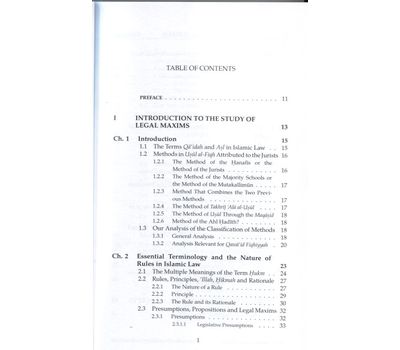 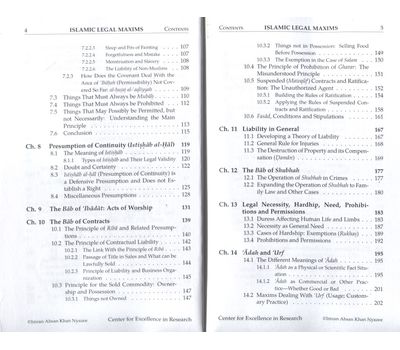 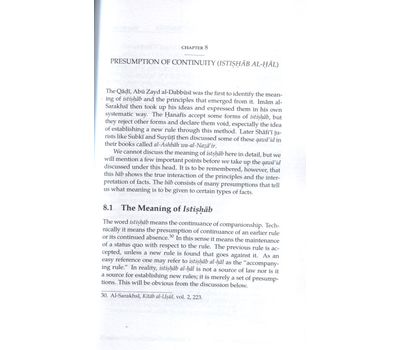 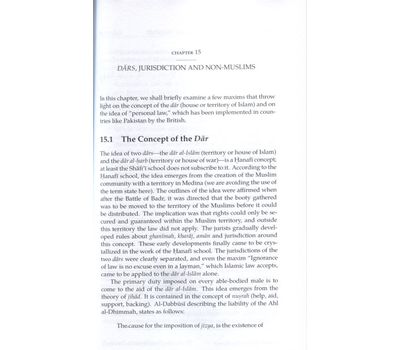 This book is about qawa`id fiqhiyyah, which are sometimes referred to as legal maxims. In reality, the qawa`id play a much wider and more effective role as compared to legal maxims. Islamic law is all about principles and rules; it has been so from the day of its birth. The reason is that principles and rules were laid down by the Qur'an and the Sunnah. A legal system is created, and understood, through principles and rules, that is, the entire edifice of law revolves around principles and rules. Further, concepts, duties and rights emerge from rules and principles, thus, providing the basic elements of which law is made. The relationship between the disciplines of usul al-fiqh and qawa`id fiqhiyyah is like the relationship between the two arms of the human body; they cooperate with each other to yield the rules of fiqh. This vital relationship has been kept concealed by separating the two disciplines and by severing the bond between them. This book attempts to uncover this relationship, and to restore the bond. Understanding this relationship will enhance understanding of the discipline of usul al-fiqh as well.