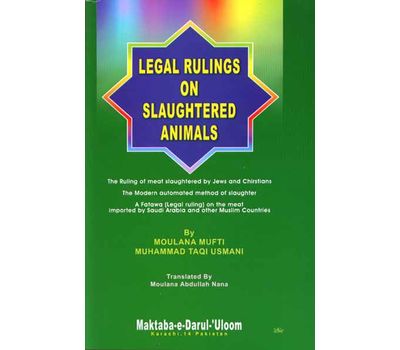 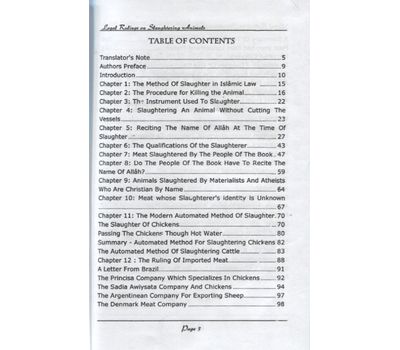 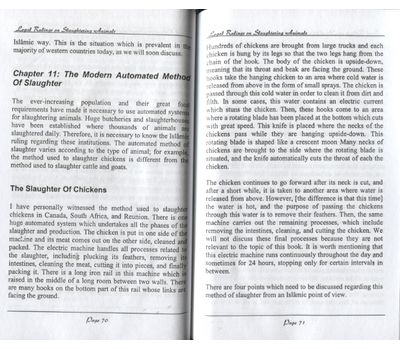 Chapter 1: The Method of Slaughter in Islamic Law

Chapter 2: The Procedure for Killing the Animal

Chapter 3: The Instruments Used to Slaughter

Chapter 5: Reciting the Name of Allah at the Time of Slaughter

Chapter 6: The Qualifications of the Slaughterer

Chapter 7: Meat Slaughtered by the People of the Book

Chapter 8: Do the People of the Book Have to Recite the Name of Allah?

Chapter 9: Animals Slaughtered by Materialists and Atheists who are Christian by Name

Chapter 12: The Ruling of Imported Meat

Chapter 13: A Judgement Passed by the Committee of Senior Scholars Regarding Imported Meat

Chapter 14: A Summary of this Treatise