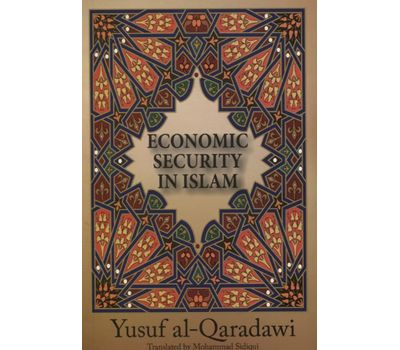 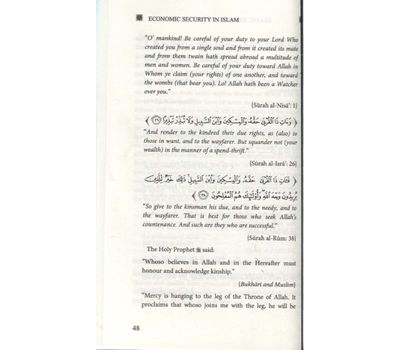 The author depicts the basic principles of the Islamic Economic System in the light of the Holy Qur’an and the Sunnah. He also offers a comparative study of the economic systems functioning under the three ideologies viz., Communism, Capitalism and Islam, contrasting them objectively and establishing the superiority of the latter with convincing arguments.

Capitalistic and Communistic ideologies have proven to be lacking in giving mankind the much needed peace and security. These ideologies are rather fatal to the peace and progress of humanity.

While the Economic System gifted by Islam, like its laws and orders are relevant to all other social disciplines, can safely be called universal law. It works in any kind of society. It is a system of brotherhood and mutual love and affection. It never favors class-struggle and hatred. It provides real peace, safety and tranquility to mankind.

Shaykh Yusuf Al-Qaradawi Born in Egypt 1926. One of the most prominent scholars of the 20th century. He memorized the Quran before the age of 10. He is an expert on principals of Islamic jurisprudence (Fiqh), Arabic language, and other Islamic Sciences. He has published over 100 books, which are bestsellers in the Islamic world. His books cover various topics, such as: Fiqh, how to understand the Sunnah, how to understand the Qur'an, a two volume book on Zakat which is considered by many scholars as a treasure house for the Islamic library, environment, Fiqh of Minorities, poetry, and many other topics. Shaykh Al-Qaradawi represents an original effort to make the comprehensive rules of Islam accessible and understandable to non-specialists, and he always tries to join between the principles of the religion and the problems facing the Muslims today.

1- Different Views on Want and Poverty 2- Capitalism, Communism and Islam 3- Islamic Prescription for Poverty Cure 4- The Importance of Zakat in Islamic Economic System 5- Islamic Measures other than Zakat to Satisfy Want 6- Importance of Alms and Generosity in Islam 7- Pre-requisites for the Success of Islamic Economic System Includes bibliographical references and index