Portraits of the Lives of the Successors (Volume 2) 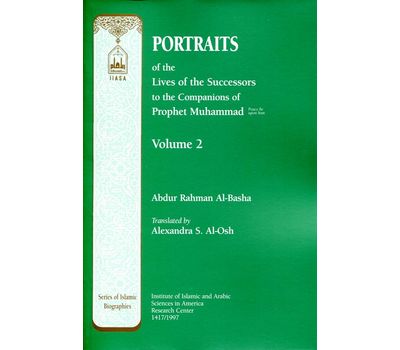 The Successors were the Muslims who learned their faith and values directly from the Companions. As such, they will always remain a model of belief and action for Muslims in every age and in every part of the world. From the earliest years of Islam to our present time, the Successors have occupied a prominent place in Islamic books of history, biography, and religious thought. Our scholars have recorded their virtues and their intellectual legacy so that they may continue to be a source of inspiration for new generations of Muslims.

Portraits of the Lives of the Successors to the Companions of the Prophet Muhammad, authored by the late Professor Abdur Rahman Ra'fat al-Basha, is more than a modern edition of those esteemed texts of historical biography. Dr. Al-Basha gleaned information on the lives of the Sucessors from dozens of classical texts, and wove the threads of information into small but exquisitely delineated tapestries which represent the first portraits of the Successors which are easily accessible to the modern reader.

In presenting Portraits in its English form, the Institute of Islamic and Arabic Sciences in America offers English-speaking Muslims, especially the younger generations, a magnificent, enjoyable, educational work, the content of which will have a decided impact on their personal lives.