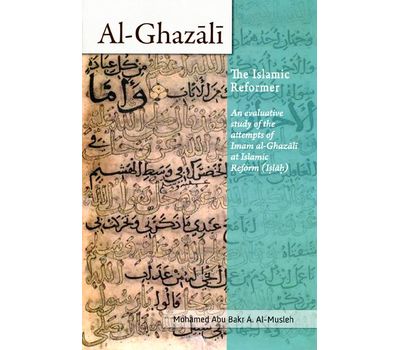 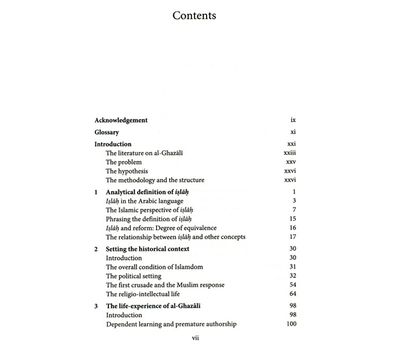 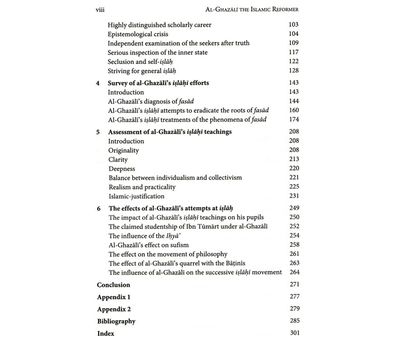 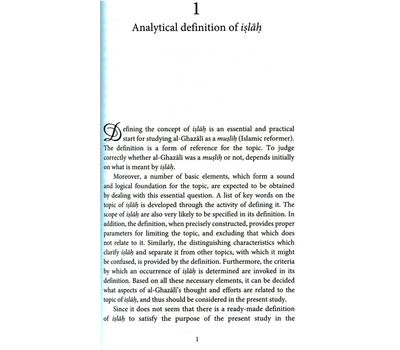 Numerous studies have been done on Imam al-Ghzali (1058-1111) in almost all major languages. So much is the academic attention given to him, and deservedly so, that it is difficult to find any element of originality in a new study on him. Various aspects of his life and thought have yet to be adequately studied, one of them being his role in islah (Islamic reform). It is also true that the study of islah as a separate topic is somewhat new, and available literature on the subject is limited within the views and the achievements of a number of distinguished scholars in the modern times. This work attempts to discover part of the rich legacy of the reformers by introducing a pre-modern scholar as Imam al-Ghazali.