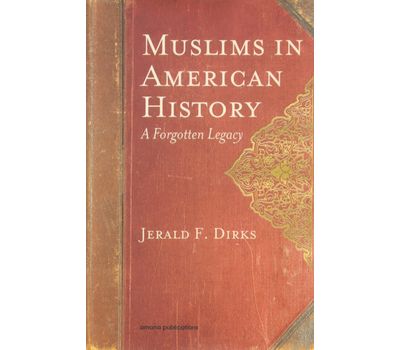 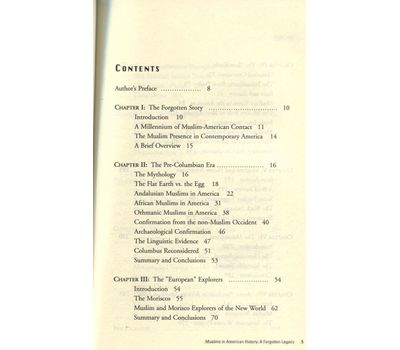 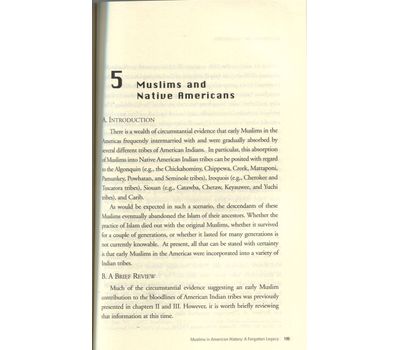 Muslims in American History: A Forgotten Legacy confronts the prevalent myth that Islam in America is a relatively recent phenomenon. In reality, there is a centuries long history of the Muslim presence in America, which is all too often overlooked or misidentified. Written documentation, linguistic evidence, and reports of early Spanish explorers of the New World suggest Muslim contact with the Americas prior to Columbus. Muslims and Moriscos sailed with Columbus and were part of many of the Spanish explorations of the New World. Muslims comprised a significant percentage of the enslaved Africans who were brought to the Americas, and many Islamic residuals have found their way into contemporary African-American life and culture. At least one Muslim fought for American independence during the Revolutionary War, and many other Muslims were prepared to fight to keep American independence during the War of 1812. Another prominent Muslim was part of the taming! of the Wild West. Beginning in the late 19th century, successive waves of Muslim immigrants enriched America, and the phenomenon of Americans converting to Islam became increasingly widespread. In reviewing this history, the author presents a series of brief biographies of individual Muslims to illustrate the Muslim presence at each stage in American history. These biographies provide valuable role models with which Muslim youth in America can identify as they search for their identities as both Americans and Muslims.