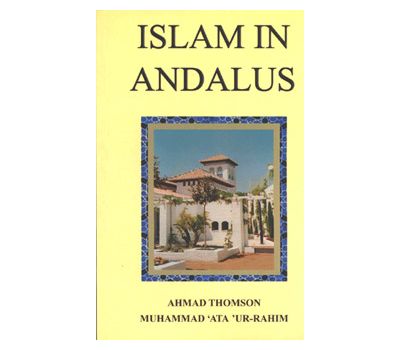 This is second of two books, the first being entitled For Christ’s Sake, which is itself a revised edition of Blood on the Cross --- originally written between 1977 and 1979 and first published in 1989. The main purpose of both the original and revised editions has been to explore the history of that extraordinary period during which the Muslim first flourished and then perished in the Iberian Peninsula, which used to be called Andalus but which now comprises Spain and Portugal. It was largely due to the Muslims’ presence and illumination there that the Dark Ages in Europe came to an end, and their influence remains with us today in a thousand ways.

When research into this project first began, it soon became clear that the history of Islam in Andalus could only really be understood if the reader was aware of how the official religion of Christianity developed in Europe, especially as regards the interaction between the Unitarian and the Trinitarian Christians. In order, therefore, to fully realize how it was that the Muslims in Spain eventually came to be almost completely eliminated by the notorious Spanish Inquisition, first book deals principally with the history of Christianity in Europe, with particular reference to Spain, tracking the movement of the original Unitarian follower of Jesus, (PBUH) from the North Africa and the middle east up in to Europe and Spain, describing the formation and expansion of the Trinitarian Church in Italy and the rest of Europe.

2. The Muslims in Andalus

3. The Murabitun in Andalus

5. The Mudejares of Northern Spain

6. The end of the Jews in Spain

7. The Muslims of Southern Andalus

8. The end of the Mudejares

9. The Mariscos of Northern Spain

10. The Mariscos of Southern Spain

11. The Last of the Moriscos in Spain

12. The End of the Moriscos in Spain

13. The End of Christian Unitarians and Protestants in Spain