The Qur'an, Orientalism, and the Encyclopedia of the Qur'an

Home/General/Orientalism/The Qur'an, Orientalism, and the Encyclopedia of the Qur'an
3 of 3
Save
38% 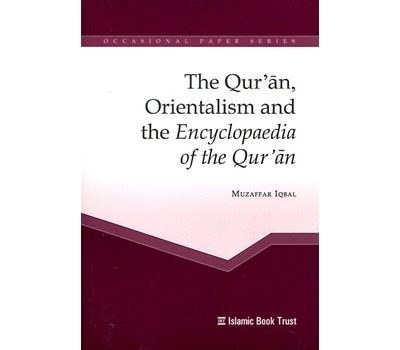 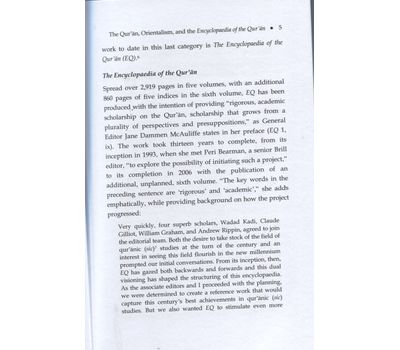 More recently, however, Orientalism has taken on a new form. With the creation of Islamic studies faculties and Islamic chairs in Western centres of learning, there has been a trend – symptomatic of the past centuries’ orientalist efforts – to lend legitimacy to non-Muslim scholars’ understanding about Islam, a subject they specialise. The modus operandi is not so difficult to identify: a completely awe-inspiring and overwhelming academic cover is given to their works, resulting in bulky writings labeled as ‘researches’ and ‘rigourous studies’. This new-age Orientalism is no more visible than in Brill’s recent massive work, the Ecyclopaedia of the Qur’an (EQ), the subject of the present essay by Muzaffar Iqbal, of the Center for Islam and Science, Canada.

First published in the Journal of Quranic Research and Studies (Madinah), Dr Muzaffar’s essay attempts to examine this massive work and show how it is no different than similar products of the past century. The claims of ‘plurality’ and ‘rigourousness’, in the final analysis, are nowhere reflected in the work, which as he finds, is filled with insults and disparaging remarks about the Qur’an, ommitting important Qur’anic concepts in the true spirit of Orientalist scholarship.

The publication of this small booklet comes on the heels of a major project, of which the present writer is the prime mover, to publish the Integrated Encyclopedia of the Qur’an, a pioneer attempt to bring out an exhaustive reference work on the Qur’an in the English language, inspired and backed by some of the most authoritative contemporary Muslim scholars.