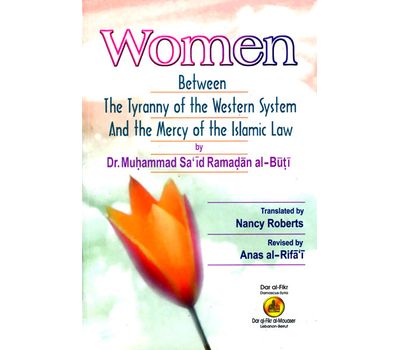 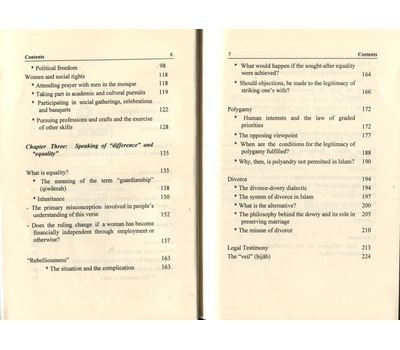 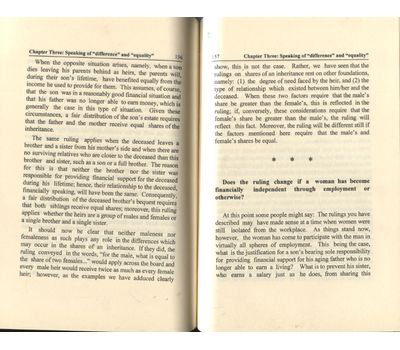 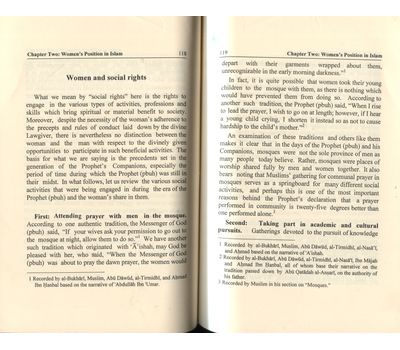 Chapter One: The Source of Women's Lefts and Duties in Islamic Law and in Western Societies 25

The source of women's lefts and duties in Islamic law 27

Women and the left to life 56

Women and the left to legal competence 68

Women and their lefts to freedom: 84

* Attending prayer with men in the mosque 118

* Pursuing professions and crafts and the exercise of other skills 128

The primary misconception involved in people's understanding of this verse 152

Does the ruling change if a woman has become financially independent through employment or otherwise? 157

* The situation and the complication 163

* What would happen if the sought-after equality were achieved? 164

* Should objection be made to the legitimacy of striking one's wife? 166

* Human interests and the law of graded priorities 172

* When are the conditions for the legitimacy of polygamy fulfilled? 188

* Why is polyandry not permitted in Islam? 190

* Misunderstandings of the rationale behind the hij?b 234

The view of women held by some 277

Inheritance and the dowry 284

Partiality in the giving of gifts 300

The husband's demanding a share of his wife's money 306

*A brief reflection on the "creational" and "legislative" orders 313