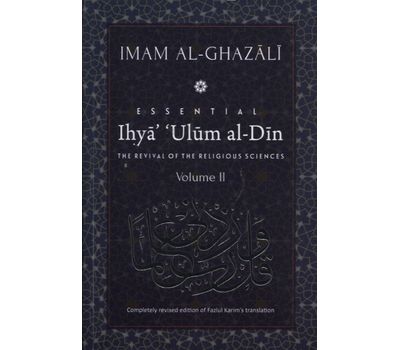 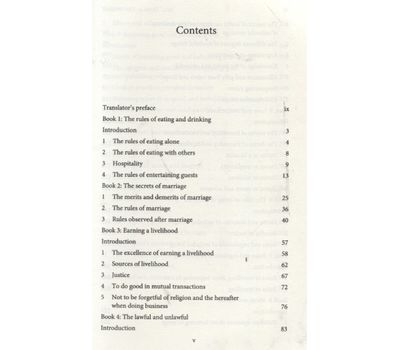 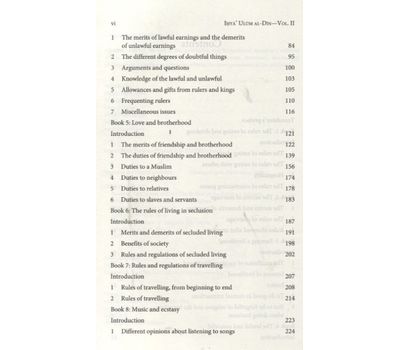 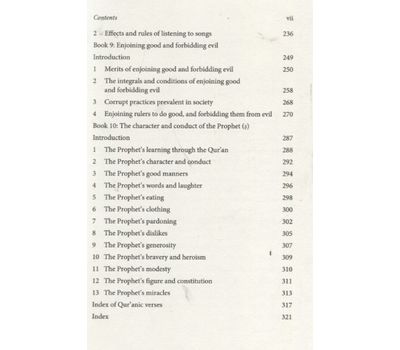 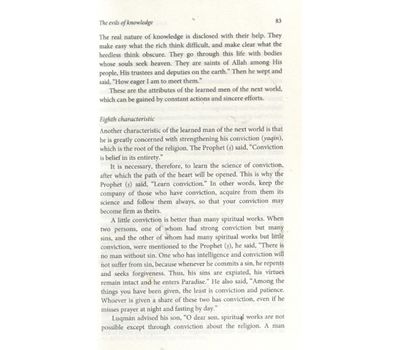 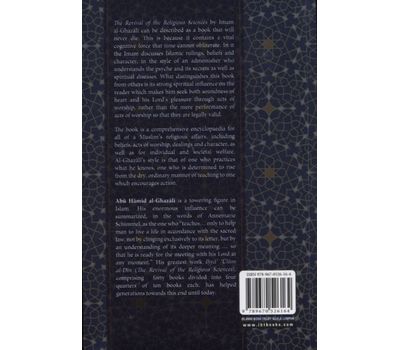 Volume two focuses on the norms of daily conduct and consists of eleven books covering ‘The Rules of Eating and Drinking’, ‘The Secrets of Marriage’, ‘Earning a livelihood’, ‘The Lawful and the Unlawful’, ‘Love and Brotherhood’, ‘Duties to Muslims, Neighbours, Relatives, Slaves and Servants’, ‘The Rules of Living in Seclusion’ and ‘The Rules and Regulations of Travelling’.