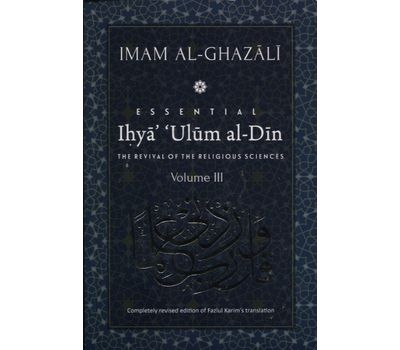 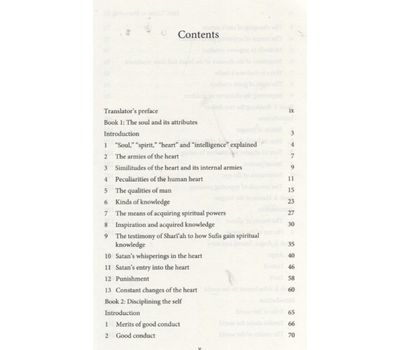 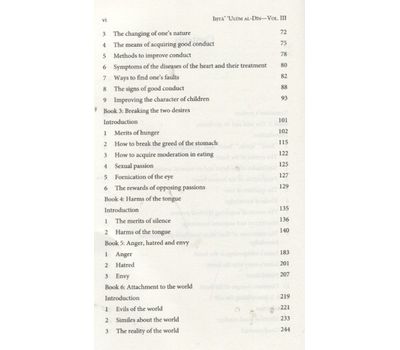 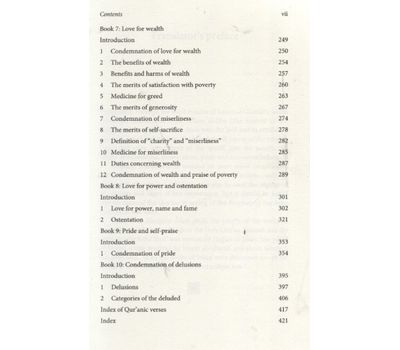 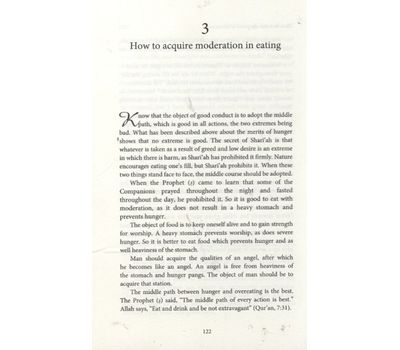 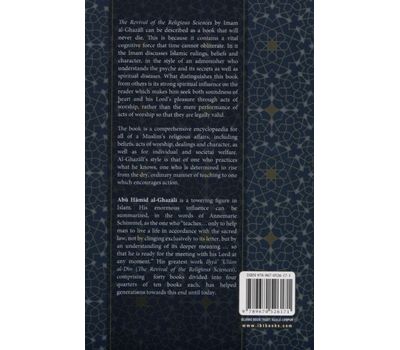 Volume three focuses on the destructive vices and consists of ten books covering ‘The soul and its attributes’, ‘Disciplining the self’, ‘Breaking the two desires’, ‘Harms of the tongue’, ‘Anger, hatred and envy’, ‘Attachment to the world’, ‘Love for wealth’ , ‘Love for power and ostentation’ , ‘Pride and self-pride’ and ‘Condemnation of pride’.