Izharul Haq: The Truth Revealed (3 volumes in one binding) 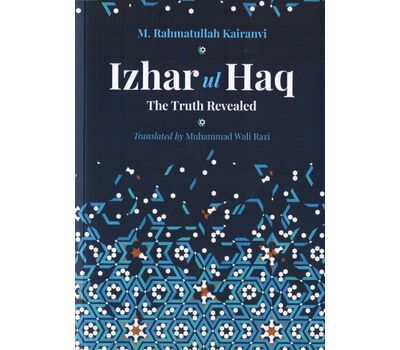 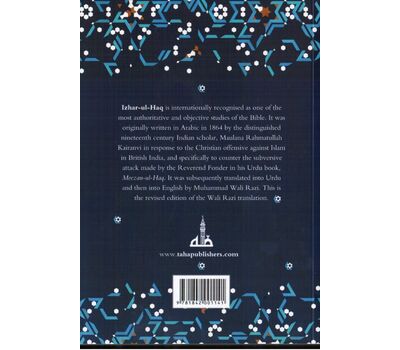 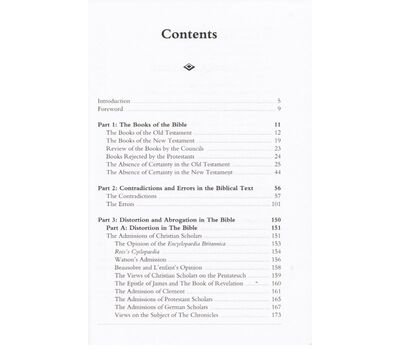 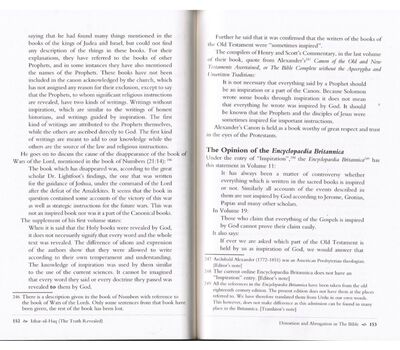 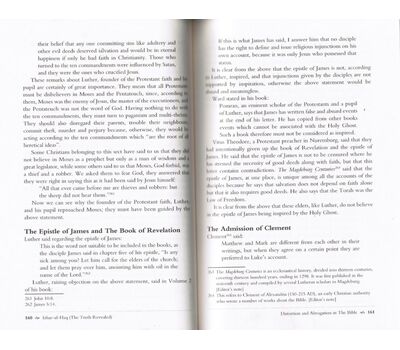 This is the thoroughly researched response to the Christian offensive against Islam in India. These three volumes lucidly review the authenticity of the Bible and succinctly summarise the main errors, distortions and contradictions in and between the Old and New Testaments of the King James Version. Furthermore, the doctrine of the Trinity is refuted; a doctrine that Prophet Isa (Alayhis salam) never taught.

This book, internationally recognized as one of the most authoritative and objective studies of the Bible, was originally written in Arabic under the title Izhar-ul-Haq (Truth Revealed) by the distinguished 19th century Indian scholar, Rahmatullah Kairanvi, and appeared in 1864. The book was subsequently translated into Urdu, and then from Urdu into English by Mohammad Wali Raazi.

Rahmatullah Kairanvi wrote the book in response to the Christian offensive against Islam during the British rule in India, and specifically to counter the subversive attack made by the Rev. C. C. P. Fonder. Rev. Fonder had written a book in Urdu entitled Meezanul Haq, the open intention of which was to create doubts into the minds of the Muslims about the authenticity of the Qur’an and Islam.

Kairanvi’s intention in his book was first of all to show that the Bible cannot in any way be considered as a directly revealed book. He does this very effectively by means of his voluminous and authoritative knowledge of the Jewish and Christian scriptures. He demonstrates beyond doubt that the Books of the Old and New Testaments have been altered, almost beyond recognition, from their original forms. The work is even more notable in the light of subsequent Jewish and Christian scholarship and the various discoveries that have since been made in this field which all bear out the truth of Kairanvi’s thesis.

In a debate which took place in January 1854, in Akbarabad in the City of Agra. The Rev C C P Founder admitted that there were alterations in the Bible in seven or Eight places to which the Maulana commented "If any alteration is proved to have been perpetrated in a particular text, it is considered null and void and invalidated.

This and other debates proving Islam to be the true religion was part of the trigger which lead to the brutal British aggression against the Muslims of India in 1857 in which thousands of Ulemah were killed. Maulana Rahmatullah was at the top of the list, but Allah saved him and took him to Makkah where he established The Madrasa Saulatia.

It is a must-read book anyone interested in comparative religion.
Write a review
Similar products
My Account
Information
About Us