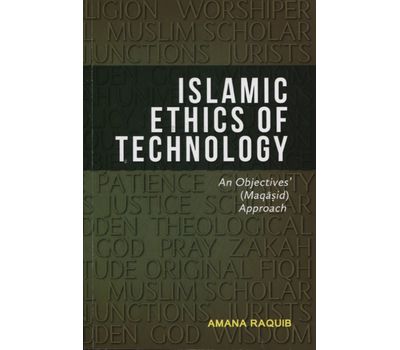 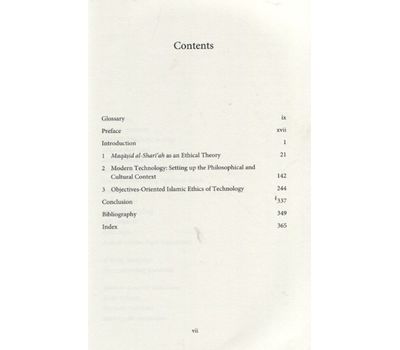 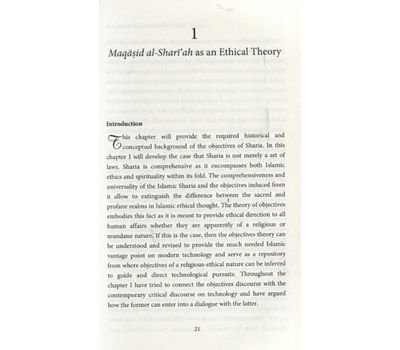 "This book approaches the question of technology from an Islamic ethical perspective. The book tries to broaden the scope of the Sharia to deal comprehensively with the ethical questions and dilemmas that arise in the midst of a postmodern technological culture due to the absence of well-defined religious-ethical ends. It looks at the maqasid as a universal ethical theory to be interpreted and applied in the global technological context. It weaves the contemporary philosophical analysis of technology within the maqasid discourse and assesses modern technology through the lens of the ultimate aims and purposes of the Sharia. It works out the relationship between the various objectives and how they can be developed into an Islamic ethics of technology. Following in the recent interest in the objectives of the Sharia, the book further expands the scope of the maqasid and carries it further to encompass metaphysical and ethical debates surrounding technology. Anyone interested in finding alternatives to the existing technological model will find this book valuable. Specifically those interested in Islam and Modern World and how ijtihad is being undertaken to tackle contemporary ethical problems will find this book helpful."