Home/General/Food, Healthcare, Medicine/Islamic Approaches to Patient Care: Muslim Beliefs and Healthcare Practices for Caregivers
16 of 30
Save
10% 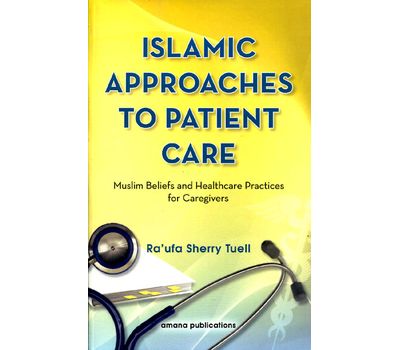 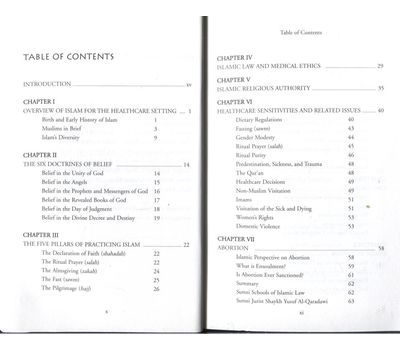 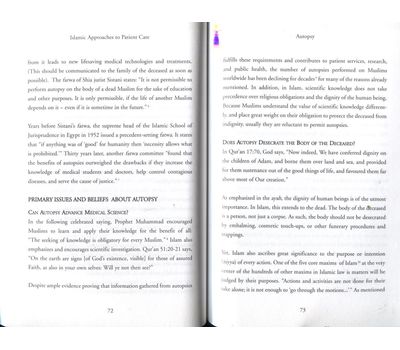 Why do Muslims bury their dead within 24 hours? Why do Muslim patients want same-gender care? Does Islam really sanction female circumcision? Does it permit contraception and abortion? If so, under what circumstances? Islamic Approaches to Patient Care — Muslim Beliefs and Healthcare Practices for Caregivers answers these and many more questions from a Muslim perspective.

The author interfaces Islamic law and medical ethics with such issues as abortion, autopsy, childbirth, female and male circumcision, death and dying, euthanasia, fertility regulation, infertility treatment, organ transplantation, stem cell research, suicide, and assisted suicide. She also explores dietary restrictions and haram (forbidden) foods, gender modesty and the veiling of women, piety and prayer, and many other relevant topics. In addition, the book includes an extensive section on commonly used phrases and prayers in transliterated Arabic, as well as applicable passages from the Qur'an. As the world's Muslim population continues to surge, particularly in non-Muslim countries, Islamic Approaches to Patient Care can serve as a much-needed resource: a timely, informative, and clearly articulated guide.

RA'UFA SHERRY TUELL serves as a Muslim chaplain at Saint Luke's Hospital, a major level-one trauma center, in Kansas City, Missouri, and conducts workshops for healthcare workers and students on how to care for Muslim patients. A graduate of the School of Journalism at the University of Texas at Austin in 1996, she worked as a newspaper reporter, magazine writer, and copywriter. In 2002, after a profound conversion experience, she entered Islam. It was at this time that she started studying Islam, earning a three-year Certificate in Spiritual Counseling and Healing from the University of Spiritual Healing and Sufism, Angwin, Calif., in 2006. Subsequently, she was appointed the rank of Master Sufi Teacher of the Shadhdhuliyyah Sufi Order by Sidi Muhammad Sa'id al-Jamal ar-Rifa'i as-Shadhuli, a central figure at Al-Aqsa Mosque in Jerusalem and the Head of the Higher Sufi Council in Palestine and the Holy Land. In 2010, she received a Master of Divinity/ Graduate Certificate of Islamic Chaplaincy from Hartford Seminary, Hartford, Conn.