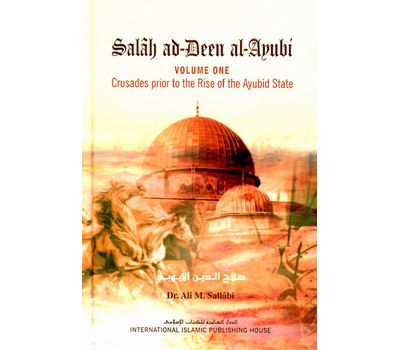 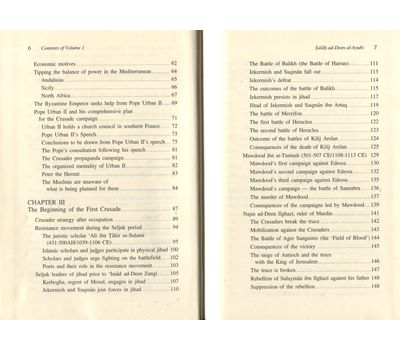 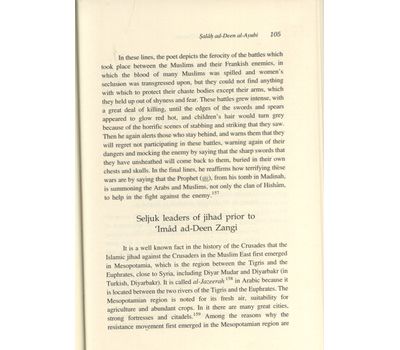 This three volume work has been made more useful to the reader in this English edition through the addition of a map, a timeline, a list of dynasties of the period and a comprehensive glossary.

Volume One of Salah ad-Deen al-Ayubi sets the stage for the advent of the Ayubids as Dr. Sallabi describes vividly (and with his characteristic candour) the geopolitical scene upon which the first Crusades were acted out and their effects on the Muslim world in the twelfth century CE. The author discusses the events and introduces the many interesting personalities that played important parts in this real-life drama.

Volume Two of Salah ad-Deen al-Ayubi discusses the establishment of the Ayubid state, mentioning the origins of Salah ad-Deen's family, his birth and childhood; Dr. Sallabi describes the character and ethics of Salah ad-Deen: how he put an end to the Fatimid opposition and reorganised administrative affairs in Egypt; his efforts to revive the Sunnah in Egypt; his jihad against the Crusaders; his use of his literary skills in the service of Islam; and his keenness to unite the Muslim world. Theauthor discusses the events and introduces the many other interesting personalities that played important parts in this crucial period in world history.

Volume Three of Salah ad-Deen al-Ayubi discusses the influencing factors and the ramifications of three crucial events in which Salah ad-Deen played the leading role. Dr. Sallabi also describes the many other interesting personalities that played important parts in this turbulent period in world history. In the words of Dr. Sallabi, "The beauty of Islam became apparent to westerners from the conduct of Salk ad-Deen in peace and in war, his respect for freedom of opinion and belief, and his adherence to lofty, humane values and the sublime teachings of Islam."