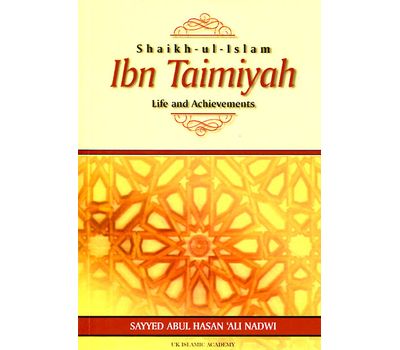 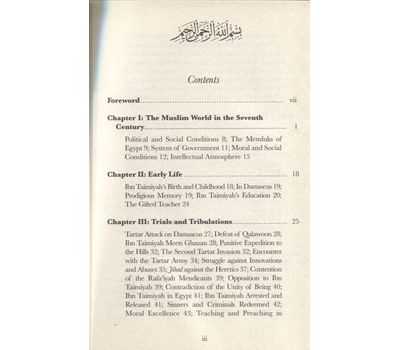 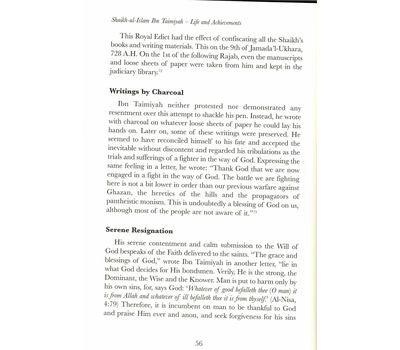 In Ibn Taimiyah (661-728 A.H.) we see a devout doctor of religion versed in all categories of philosophy and dialectics, a man of vast learning acquainted with the original Scriptures of many religions and their subsequent amendments and accretions, not least Christianity and Judaism as also with the heretical and mystical teachings of sects which claimed to belong to the fold of Islam. Here was a man who had learned the lesson of unalloyed Tawhid directly from the Qur'an and the Sunnah and was capable of rejecting all those practices which ran counter to the true concept of the Oneness of God. A theologian, a Traditionist and legist combined, he was adept when it came to the Arabic language and the secular sciences. With an eidetic memory, he could argue across a vast range of subject matter, embarrassing his adversaries with his huge storehouse of learning.