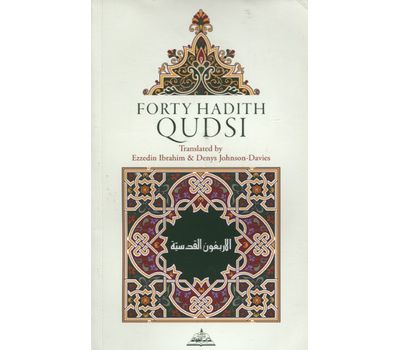 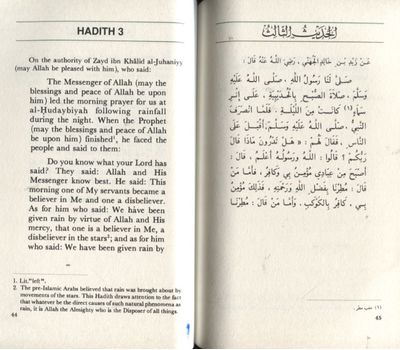 The selection and translations have been made by two scholars whose previous translation on an- Nawawi’s forty hadith gained wide approval for its accuracy and readability. The present book, a companion volume to an- Nawawi’s forty Hadith, has been printed in similar format, with the original Arabic text given alongside the English translation.

Born 1928 in Cairo, he first studied Arabic literature at Cairo university, later taking his doctorate at London. He taught and held educational posts in Libya, Syria and Qatar before becoming, in 1967, Professor of Arabic literature at Riyad University in Saudi Arabia. Active in Islamic affairs, he is engaged in the work of the Islamic Conference and other similar organisations. At present he is the Cultural advisor to the President of the United Arab Emirates and lives in Abu Dhabi.

Born in 1922 in Canada, he studied Arabic at London and Cambridge Universities and later taught at Cairo University. He has published a text book on Arabic translation and ten volumes of short stories, novels and plays translated from modern Arabic literature and is the Editorial Adviser to the ‘Arab Authors’ series published by Heinemann. He previously founded and edited a quarterly literary magazine in Arabic. At present he lives in Cairo.