A Commentary of Jami' at-Tirmidhi - Adhan 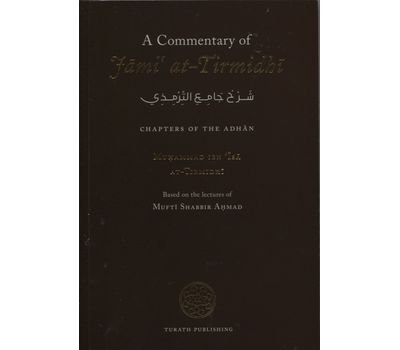 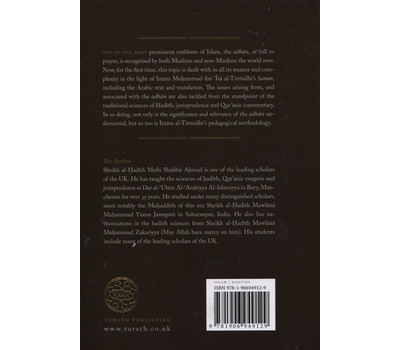 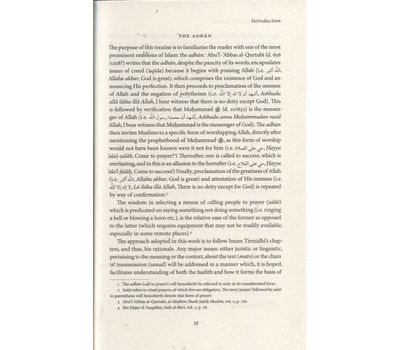 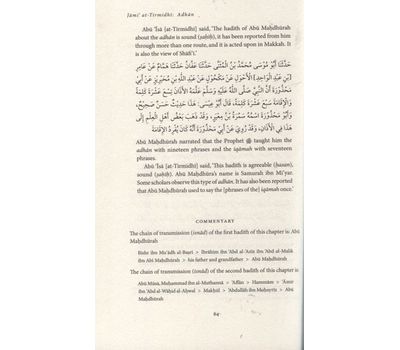 One of the most prominent emblems of Islam, the adhan, or call to prayer, is recognised by both Muslims and Non-Muslims the world over. Now, for the first time, this topic is dealt with in all its nuance and complexity in light of Imam Muhammad ibn Isa al-Tirmidhi's Sunan, including the Arabic text & translation. The issues arising from, and associated with the Adhan, are also tackled from the standpoint of the traditional sciences of Hadith, jurisprudence and Qur'anic commentary. In doing so, not only is the significance and relevance of the Adhan underscored, but so too is Imam al-Tirmidhi's pedagogical methodology.

Sheikh al-Hadith Mufti Shabbir Ahmad is one of the leading scholars of the UK. He has taught the sciences of hadith, Qur'anic exegesis and jurisprudence at Dar al-Ulam al-Arabiyya AI-Islamiyya in Bury, Manchester for over 35 years.

All praise is to Allah that in 2010, Mufti Ismail Lala, who after having completed two Masters degrees in Arabic, tafsir and tasawwuf from Manchester and Oxford Universities, and after having studied Arabic and other subjects in Amman, Jordan and Harvard University, decided to complete his studies in a traditional Islamic seminary. He enrolled in Darul Uloom, Bury and began the dawrah, which included studying Sunan at-Tirmidhi. He became inspired by Mufti Shabbir and assiduously began recording his notes. After completing the dawrah, he enrolled in the mufti class.

While there, he took up the task of writing out Mufti Shabbir's commentary in English and answered the heartfelt call of his teacher for someone to undertake this task for universal benefit. Mufti Shabbir had spent the bulk of his life focused on his immediate students and had not allocated any significant time for public lectures. Mufti Ismail strongly felt that the awe-inspiring erudition and scholarship of Mufti Shabbir needed to be showcased to the larger scholarly community and beyond.

His efforts have led to the preparation of this first volume, which is to be followed by other sections of the work. No doubt, this is a long and laborious journey, but we pray that Allah allow the rest of the work to be completed soon. ​