The Muwatta of Imam Muhammad (Paperback) 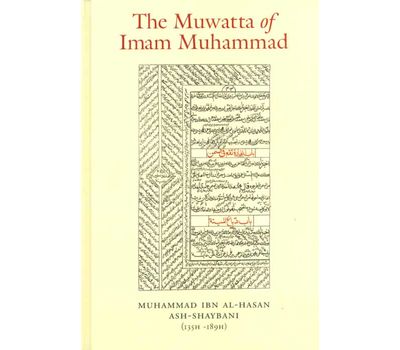 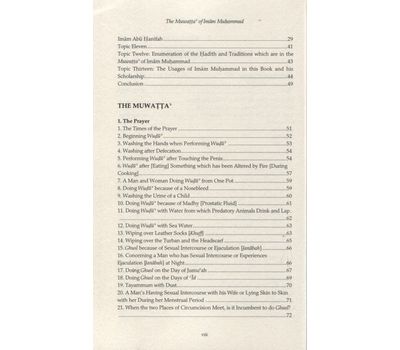 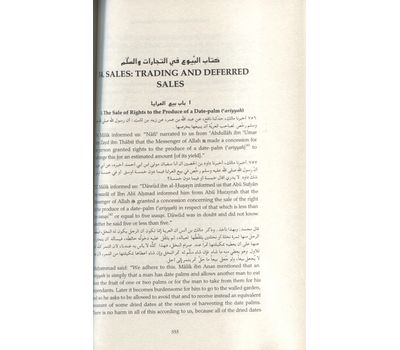 "The unqualified truth is that all of the Muwatta is sahih without any exception!" —Hafiz Ibn Hajar al-Asqalani

This quote from one of the greatest authorities on hadith of all time is sufficient recommendation. The version of the Muwatta narrated by Imam Muhammad ibn al-Hasan al-Shaybani, one of the two leading pupils of Imam Abu Hanifah, directly from his three years of study with Imam Malik will be of particular interest not only to students of Hanafi fiqh, but also to students of hadith in general.

Imam Malik composed the Muwatta’ over a period of forty years to represent the “well-trodden path” of the people of Madina. Its name also means that it is the book that is “many times agreed upon”— about whose contents the people of Madina were unanimously agreed—and that is “made easy and facilitated”. Its high standing is such that people of every school of fiqh and all of the imams of hadith scholarship agree upon its authenticity. Imam Shafi’i said, “There is not on the face of the earth—after the Book of Allah—a book which is more sahih than the book of Malik.” Shah Wali Allah Dihlawi (1114-1176 AH) said, “My breast expanded and I became certain that the Muwatta’ is the most sahih book to be found on the earth after the Book of Allah.”

Imam Malik is the imam of the imams, the leader of the people of knowledge of Madinah, Malik ibn Anas ibn Malik ibn Abi ‘Amir al-Asbahi al-Madani, born in 94 AH, 95 AH or even 99 AH. He was called the Man of Knowledge of Madina. People of knowledge understood that it was him the Prophet saw indicated in the hadith from Abu Hurayra, “People will soon beat the livers of their camels [in travelling in search of knowledge] but they will not find a man of knowledge more knowledgeable than the man of knowledge of Madina.” Among his pupils were the Imams Sufyan ath-Thawri, Sa’id ibn Mansur, ‘Abdullah ibn al-Mubarak, ‘Abd ar-Rahman al-Awza’i who was older than him, Layth ibn Sa’d who was one of his peers, Imam ash-Shafi’i, Muhammad ibn al-Hasan al-Shaybani, the Malikis ‘Abd ar-Rahman ibn al-Qasim, Yahya ibn Yahya al-Laythi, Ibn Wahb, and Dhu’n-Nun al-Misri. He died in 179 AH on the morning of the 14th of Rabi’ al-Awwal.

He is Abu ‘Abdullah Muhammad ibn al-Hasan ibn Farqad al-Shaybani. Muhammwas born in Wasit in 132 AH, and grew up in Kufa. He was a pupil of Abu Hanifah. Imam Shafi’i said, “I have not seen anyone more eloquent than him. I used to think when I saw him reciting the Qur’an that it was as if the Qur’an had been revealed in his language.” He also said, “I have not seen anyone more itelligent than Muhammad ibn al-Hasan.” Dhahabi said, “He narrated from Malik ibn Anas and others, and he was one of the great oceans of knowledge and fiqh, and he was strong [when he narrated] from Malik.” Muhammad said, “I stood at Malik’s door for three years and I heard [the Muwatta’] from him [with] more than seven hundred hadith.” He died in Rayy in 189 AH.