An Introduction to the Conservation of Hadith: In the Light of the Sahifah of Hammam ibn Munabbih (Paperback)

Home/Hadith and Sunnah/Hadith Studies/An Introduction to the Conservation of Hadith: In the Light of the Sahifah of Hammam ibn Munabbih (Paperback)
21 of 78
Save
10% 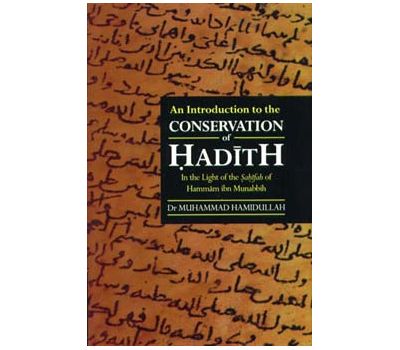 The collections of Ahadith (sayings of the Prophet {SAWS}) are a very unique aspect of Islam both inasmuch as their content as well as their modes of preservation and transmission are concerned. They have also been a favorite target of orientalists who have attempted to challenge their authenticity, claiming that they were transmitted orally (and transcribed much later) and therefore subject to misreporting and alterations. Dr. Hamidullah discovered very early collections of hadiths preserved in libraries in Turkey, France and Germany, which clearly refute such a charge. The earliest of these is the Sahifah of Hammam ibn Munabbih, a disciple of the noble Companion Abu Hurayra, Radi-Allahu anhu. Dr. Hamidullah checked the ahadith of this compilation against the those of Imam Bukhari, Imam Muslim, and Imam Ahmad and found that not one of them had changed despite the span of centuries between the Sahifah and the later compilations. This Sahifah is presented in this book in the original Arabic as well as English translation, along with a very beneficial introduction on the compilation of and preservation of Hadith during the time of the Prophet {SAWS} and the Companions.