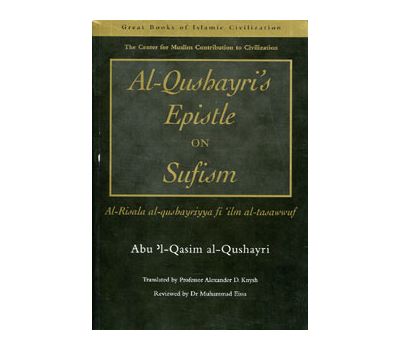 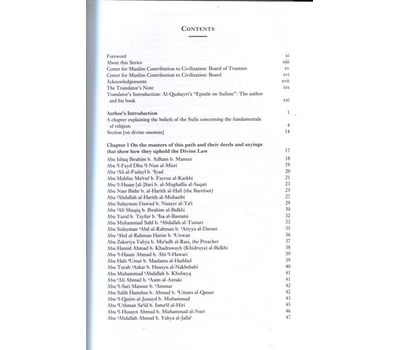 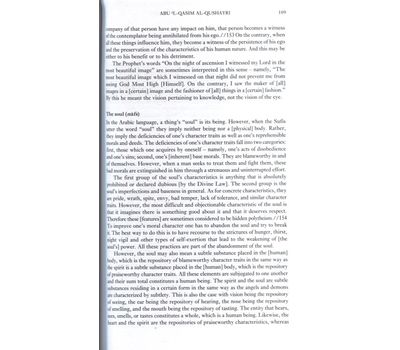 The author of the "Epistle on Sufism, Abu 'l-Qasim al-Qushayri" (376/986-465/1074), was a famous Sunni scholar and mystic (Sufi) from Khurasan in Iran. His Epistle is probably the most popular Sufi manual ever. Written in 437/1045, it has served as a primary textbook for many generations of Sufi novices down to the present. Al-Qushayri has given us an illuminating insight into the everyday lives of Sufi devotees of the eighth-eleventh centuries C.E. and the moral and ethical dilemmas they were facing in trying to strike a delicate balance between their ascetic and mystical convictions and the exigencies of life in a society governed by rank, wealth, and military power. In al-Qushayri's narrative, the Sufi 'friends of God' (awaliya') are depicted as the true, if uncrowned, 'kings' of this world, not those worldly rulers who appear to be lording it over the common herd of believers. Yet, even the most advanced Sufi masters should not take salvation for granted. Miracle-working, no matter how spectacular, cannot guarantee the Sufi a 'favorite outcome' in the afterlife, for it may be but a ruse on the part of God who wants to test the moral integrity of his servant. In the Epistle, these and many other Sufi motifs are illustrated by the anecdotes and parables that show al-Qushayri's fellow Sufis in a wide variety of contexts: suffering from hunger and thirst in the desert, while performing pilgrimage to Mecca, participating in 'spiritual concerts', reciting the Qur'an, waging war against the 'infidel' enemy and their own desires, earning their livelihood, meditating in a retreat, praying, working miracles, interacting with the 'people of the market-place', their family members and peers, dreaming, and dying. The reader is invited to explore the fascinating world of Islamic ascetic and mystical piety carefully assembled for us by this talented Sufi writer.

The translator Alexander Knysh is Professor of Arabic and Islamic Studies at the Department of Near Eastern Studies, University of Michigan, Ann Arbor. His research interests include Islamic mysticism and Islamic theological thought in historical perspective as well as Islam and Islamic movements in local contexts (especially Yemen and the Northern Caucasus). He has numerous publications on these subjects, including four books. The reviewer Dr Muhammad Eissa is a graduate of Al-Azhar University of Egypt and University of California in Los Angeles. He has had a long teaching career at the American University in Cairo, UCLA, Northwestern University and University of Michigan at Ann Arbor. He has written, translated and edited numerous works in the areas of Arabic and Islamic studies. Currently he is the President of a private educational and consulting institution in the Chicago area, Illinois.