Sea Without Shore: A Manual of the Sufi Path

Home/Beliefs and Practices/Tasawwuf/Sea Without Shore: A Manual of the Sufi Path
69 of 97
Save
3% 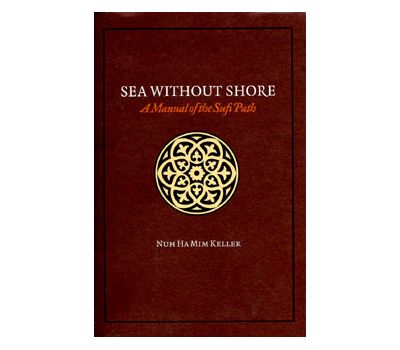 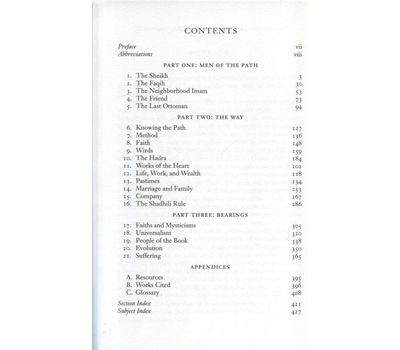 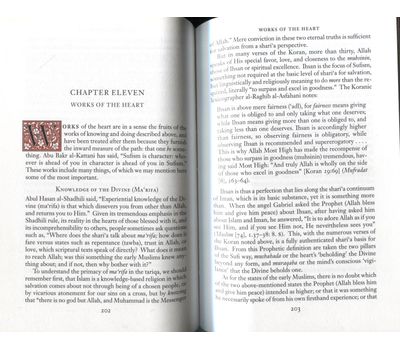 The book opens with narratives of five Sufis met by the author in Syria, Jordan, and Turkey whose lives exemplified the knowledge and practice of the Sufi path.

The second part is a complete handbook of the method and rule of the Shadhili order of Sufism, transmitted to the author by his spiritual mentor, Sheikh ‘Abd al-Rahman al-Shaghouri—from devotions, dhikr or ‘invocation,’ and metaphysical doctrine, to how a Sufi lives, marries, and earns a living in the modern world.

A third part treats wider theological questions such as other faiths and mysticisms, universalism and the finality of Islam, the promise of God to Jews and Christians, evolution and religion, and divine Wisdom and Justice in the face of human suffering.

The book provides an indelible portrait of a vibrant mystical tradition spanning seven and a half centuries of endeavor to know the Divine face-to-face.

The Summons of the Divine Presence extends across time and place through all heaven-sent revelations. At the core of every heart it reaches it creates a desire to lift the veil between the human and the Divine, not merely to believe and worship and practice, but to see, know, and be with the One who is greater than all. Sufism is a way of worship of the Divine through such direct knowledge, in the Prophetic phrase, “as though you see Him.”

Sea Without Shore describes five remarkable men the author met and knew in his own Sufi path, and what he heard and learned from them first hand while living in the Near East over several decades. It is a Sufi manual taken from hearts, because God looks at them first, and they matter to the work of the Sufis more than books or literature. It offers a window upon a living tradition of experiential knowledge of the highest Reality. It is a handbook as valuable for its inside view of a centuries-old Islamic mystical order, as for its solution to the greatest mysteries at the heart of human existence: you, God, and your fate beyond the grave.

NUH HA MIM KELLER was born in the northwestern United States in 1954. He read philosophy and classical Arabic at the University of Chicago and UCLA, and became a Muslim in Cairo in 1977. He was a disciple in the Shadhili order of the Sufi master and poet Sheikh ‘Abd al-Rahman al-Shaghouri of Damascus from 1982 until the latter’s death in 2004, and was authorized as a sheikh in the order by Sheikh ‘Abd al-Rahman in 1996. He has studied Shafi‘i and Hanafi jurisprudence, hadith, and other subjects with traditional scholars in the Middle East, and in the 1980s, under the tutelage of Islamic scholars in Syria and Jordan, produced Reliance of the Traveller, the first translation of a standard Islamic legal reference in a European language to be certified by al-Azhar, the Muslim world’s oldest institution of higher learning. Among his other works and translations are Becoming Muslim, Sufism in Islam, al-Maqasid: Imam Nawawi’s Manual of Islam, Invocations of the Shadhili Order, Port in a Storm: A Fiqh Solution to the Qibla of North America, and an illuminated calligraphic edition of Dala‘il al-Khayrat. He has travelled and lectured on Islam extensively, and he writes and teaches in Amman, where he has lived since 1980.