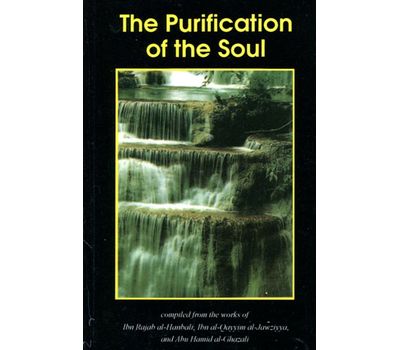 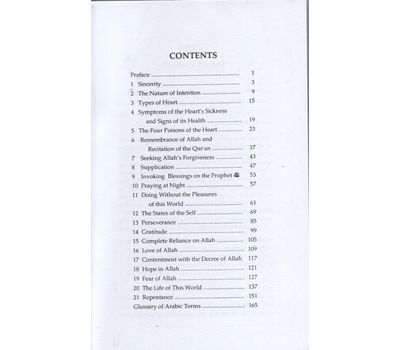 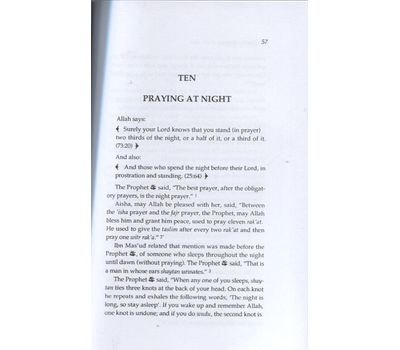 Description from the publisher:

For a number of reasons, this is a very important time to be writing a book of this nature. First, the concept of purification of the soul as a whole is and always will be central to the message of Islam and to the welfare of humans, both in this life and the Hereafter. Indeed, it was a main mission of the messengers and prophets themselves.

Third, many Muslims themselves are today being influenced by secular, materialistic psychology, leading them to neglect the spiritual side of humans and to ignore the guidance that Islam offers for the purification of the soul. This influence often occurs at a level wherein the person himself may not be completely aware that it is occurring.

Fourth, for some time now, there has been an Islamic revival spreading throughout the Muslim world. Upon closer inspection, it seems that this revival is somewhat tenuous and delicate, in the sense that for many Muslims it is more of an â€~emotionalâ€™ phenomenon. In order for this revival to be truly successful and lead to what it needs to lead to, it must be guided by the comprehensive teachings of Islam. First and foremost among those teachings is what is related to the purification of the soul. Without the purification of the souls, the revival will only be on the outer shell and will, in fact, be a "deceptive" revival, in the sense that the inner consciousness will not have been reformed and the lapse back to the pre-revival times may be very close at hand. Indeed, without the purification of the souls, the very goals of the revival from the outset may be wrong.

The Nature of Intention

Symptoms of the Hearts Sickness

The Four Poisons of the Heart

Doing without the Plesaures of this World

The States of the Self

Contentment with the Decree of Allah

The Life of this World