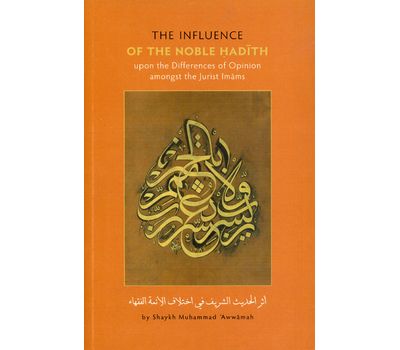 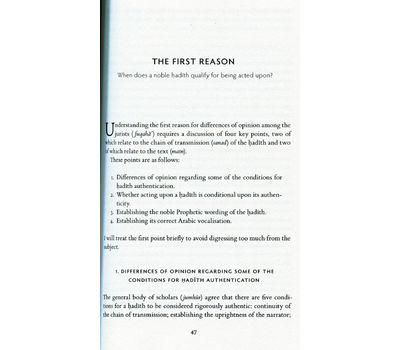 A
question commonly posed in different circles is: if we all refer to the same sacred texts of the Quran and Sunnah for guidance, why are there so many differences between the schools of Islamic law (madhahib)? In other words, why did the great jurists (fuqaha) of Islam such as the four main Imams and their students differ in their opinions and rulings? This work attempts to answer this very question, focusing on one aspect, namely: how different understandings of the hadith literature influenced and shaped these differences in opinion. In addition, the author responds to some of the misgivings and objections which some people levy against these distinguished luminaries of Islam.

This valuable work is a must-read for students of hadith and fiqh, as well as anyone wishing to gain a better understanding of the differences that occur between the various schools of Islamic law. It will alert the reader to the expertise of the jurist Imams and the effort they exerted in deriving rulings from the Quran and Sunnah. It will also create in him a state of serenity and trust towards the Imams and their schools of law, which are followed by the vast majority of the Muslim Ummah.

"In benefitting from it my soul delighted and my heart was gladdened. Every teacher and student ought to study it, for it averts deviation and oppression and delivers from the criticism directed at the Imams by those who harbour enmity towards them and those who are deprived [of good].

"I have derived from it some valuable benefits and call upon Allah to give its author unceasing success, and increasing ascendancy, that he may refute those who have deviated from the clear path by calling people to confusion regarding the followed Imams, who disregard the Imams, and who undertake to tear apart the Ummah.

"A book I have heard many say is worthy of being inscribed in gold. Undoubtedly, a long awaited translation in English that will help to illuminate many minds.